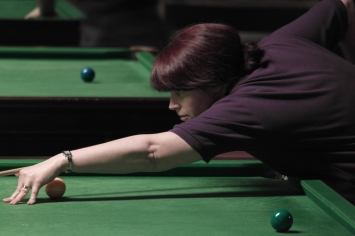 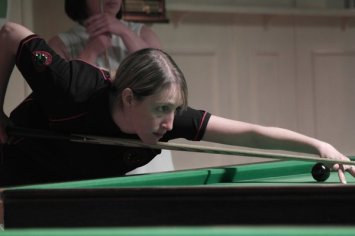 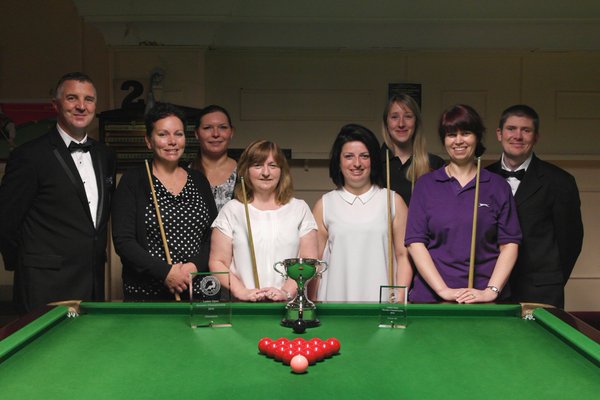 Ladies Day at the Plaza

The West of England Billiards & Snooker Foundation realised a long-term aim recently when they staged a Ladies Open Snooker tournament. The event took place at the Plaza Snooker & Pool Club, Plymouth where some of the best women players from around the region came together to compete in this inaugural event. After thirty-six highly competitive frames Maggie Baugh from Plymouth took the coveted title, trophy and the lion’s share of the prize money. Maggie, an experienced player and steadfast campaigner for league snooker, defeated Stacey Graham in the final. Stacey, a member of the Plymouth Coaching School, demonstrated a high level of consistency by winning the initial round robin group stage ahead of Maggie to achieve the top seeded position going into the knock-out stage of the tournament. Collette Mullane and Sophie Gibbs-Nichols also qualified from the group stage. Sophie lost to Maggie and Collette to Stacey in the semi-finals. The best break of the day came from Sophie who made a personal best 48 clearance. The break was peppered with excellent potting and accurate cue ball control. The referees in attendance where top international referee Nick Harry and Michael, a relative newcomer to refereeing. Both were dressed in full refereeing attire which gave the event the credence deserved given the standard of play on display.

WEBSF Tournament Director said, “This event has been a pleasure to direct, all ladies were fully committed and produced some excellent competitive snooker. In the end Maggie’s experience and consistency proved a significant factor in lifting the title. Judging by the standard of play on display here today, women’s snooker in the region is in a strong position to grow. I was particularly impressed by the technical ability and the manner in which the ladies where magnanimous in victory and gracious in defeat. This event was long overdue but after today we can look forward to seeing it as a regular feature on the WEBSF calendar.”

Any player interested in entering WEBSF events should contact Steve Canniford, Mobile 07891940995 or visit http://www.websfsnooker.com or WEBSF Facebook. Thanks to the Plaza Snooker & Pool Club, Plymouth who sponsored this event.