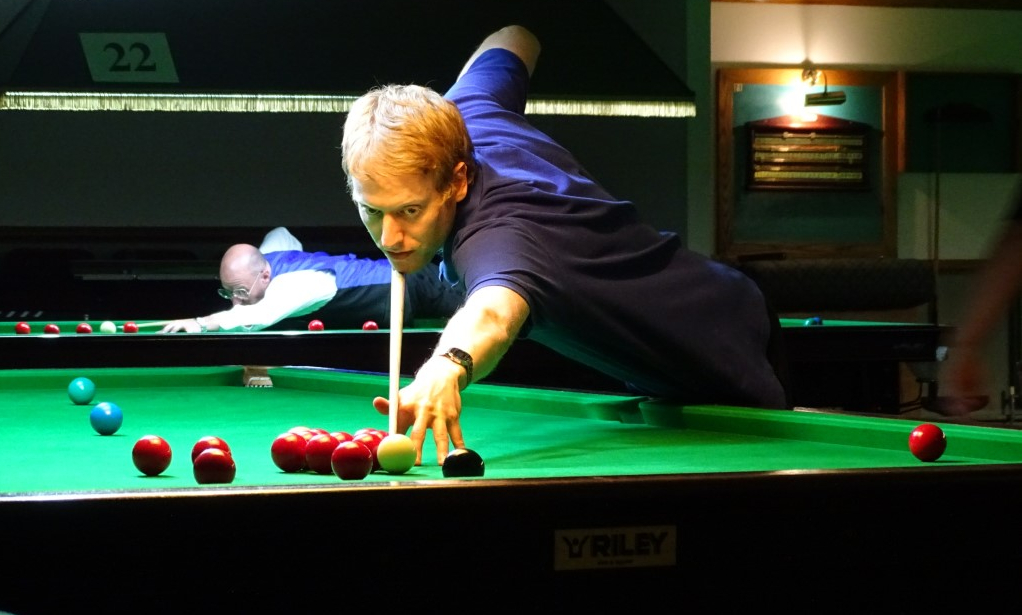 Another season of quality and entertaining West of England Billiards and Snooker Foundation tournament action gets underway this weekend.

Opening the ten-event campaign will be the eagerly awaited 2019 West of England Snooker Open which takes place on Saturday at Jesters Snooker Hall in Swindon. With a rich history dating back decades, this annual competition is one of English amateur snooker’s most established and sought after accolades.

A full capacity of 32 cueists will compete during the one-day extravaganza in Wiltshire with entrants spread across the south-west region and beyond, but who will be left standing with the recently revealed perpetual trophy come the close of play?

Aldershot’s multi-talented Ryan Mears (pictured above) will make the trip to defend the title he won twelve months ago – later in the same season Mears completed a unique double by adding the West of England Billiards Open, too. Since the competition’s resurrection in 2013 under the WEBSF banner, no player has won this title twice, yet alone retain it.

The consistent James Height (Bristol) was runner-up to Mears in 2018; he’ll be present attempting to go one better, while a two-time winner on last season’s Gold Series and the victor of the invitational Gold Masters, Andy Symons (Tavistock), will also launch a bid for glory. Steve Brookshaw (Plymouth), claimant of a brace of trophies last term, and Gold Event Four champion Ben Hancorn (Bristol), are other candidates aiming to build on recent success.

Former champions and Plymouth duo Tom Kevern (2013) and Dale Branton (2017) will both be seeking to create history by getting their name etched onto the plinth for a second time, but with a talented pool of both younger and very experienced hopefuls present, this promises to be an exciting, unpredictable and ultra-competitive 2019/20 curtain-raiser.

Throughout the day we will be providing live updates on both our Facebook and Twitter accounts, and for the first time, you can keep abreast of the results via our dedicated tournament page on CueScore.