The WEBSF is run by a team of volunteers who have given thousands of voluntary hours in the community since the group first started in 2004.  The main aim of the foundation is to develop and facilitate ‘Billiards and Snooker for All’ throughout the West of England by holding coaching sessions and tournaments as well as promoting the benefits of volunteering.  We are proud to have six times World Champion, Ray Reardon MBE as our Patron.

Over the years, our volunteers have been able to help hundreds of participants enjoy the sport ranging from those who want to play just for fun or socialise, to the more serious players who have gone onto compete at International and Professional levels.  Our volunteers have also been able to provide a vital lifeline for some of our more vulnerable participants, who can sometimes have complex social and/or health issues.

Through regular coaching sessions, the WEBSF provides a safe and informative environment where players can form new friendships and learn new skills.  Using billiards and snooker as a tool for learning, coaching sessions not only concentrate on developing further knowledge about the game but also help to increase confidence, improve social skills and work on aspects of literacy and numeracy.  Volunteering has also proved to be a successful platform to support personal development.

Spokesperson for the WEBSF said “We have had a good show of people here today and all have given positive feedback. I think we might have had a few more if they had realised that this event was totally free! Hopefully we can run another similar event sometime in the new year and attract even more people to come along and learn more about these fantastic games.”

Any player interested in entering WEBSF events or potential volunteers willing to get involved with the work of the WEBSF they should contact Steve Canniford, Mobile 07891940995 or visit http://www.websfsnooker.com or WEBSF Facebook. Thanks to The Galaxy Centre, Torquay for hosting the event free of charge. 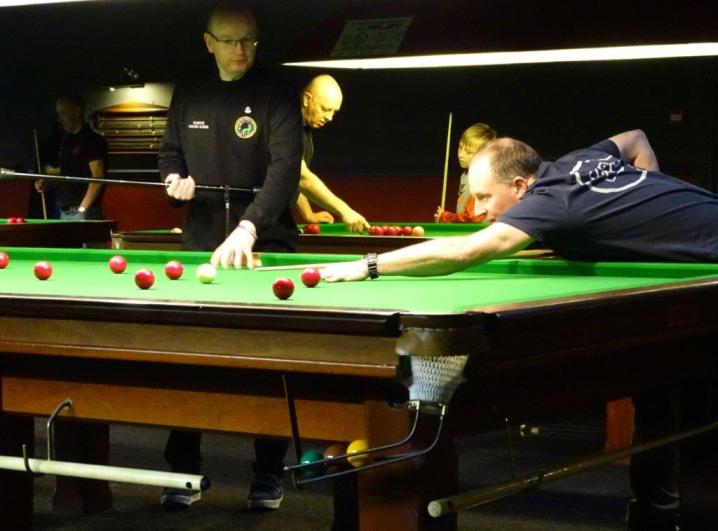 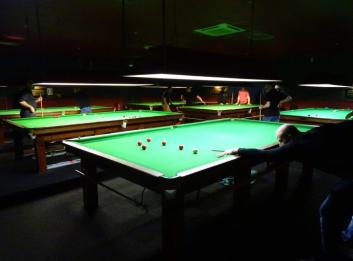 Learning the layout and some history about the table

The importance of being the right side of the blue

Break Building around the Black

Discussion around the mindset required to make breaks

Practicing the Line-up with a twist! 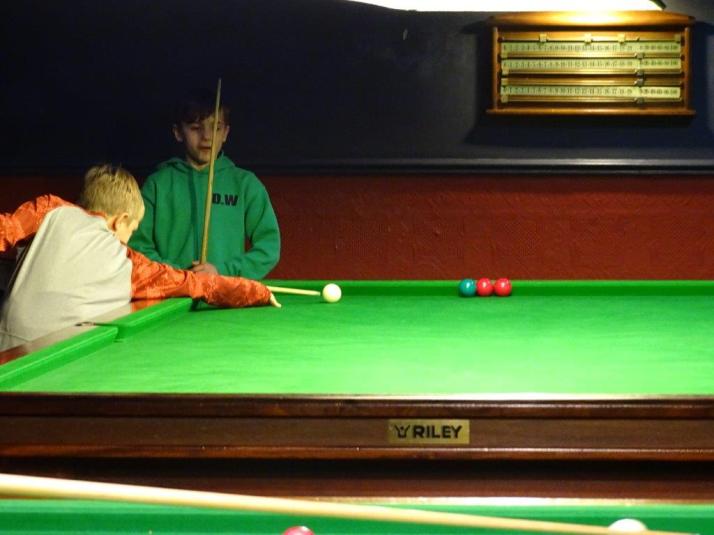 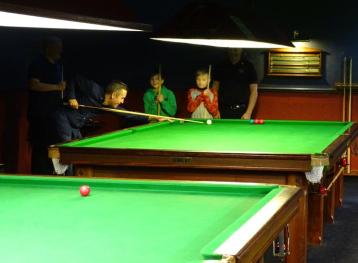 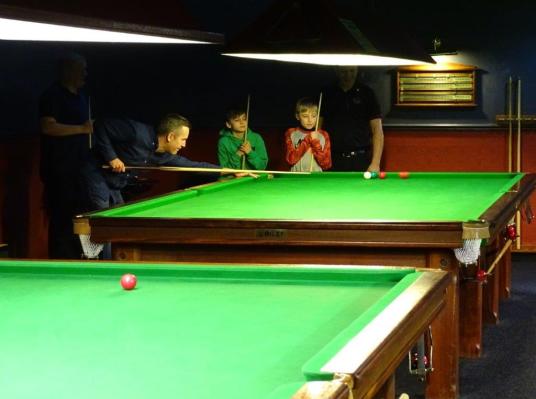 Oops! judging by the expressions it didn’t go in