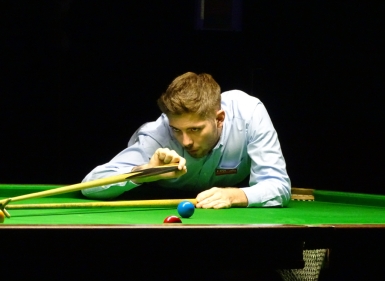 English Lion Harvey Chandler is making his mark in Sofia, Bulgaria at the European Championships where he has currently reached the last 32. 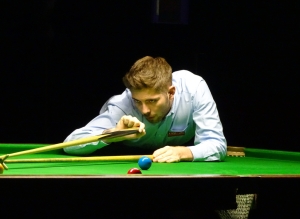 Harvey Chandler has been selected to represent England in the European Championships in Bulgaria with a chance to turn professional and get selected to enter the 2018 World Championship. Well done Harvey, enjoy the experience and the best of luck from all at the WEBSF.

This news comes after reaching the final of English Amateur Tour 2017/18 Event 4, narrowly losing 4-3 to David Lilley, this puts him second in the rankings.

Harvey Chandler has been putting in the time on the practice table these past couple of months or so and he has been duly rewarded for his efforts. In April he reached the final of the a WEBSF Gold Waistcoat Tour event; he followed this by recording a maximum, on the match table, whilst waiting for his next match in a tournament at Leicester; he then won a Pro-am in Dunstable; followed by a semi final exit in a London tournament, from 3-1 down he made a 106 to go 3-3 only to lose the decider to professional Alan Taylor and more recently he reached the final of another Pro-am tournament in Clacton on Sea, beating World no. 20 Mark King 4-2 in the semi finals.

These results are an indication that Harvey has the raw talent and with hard work and a positive mind-set he has the ability to elevate himself to higher levels. Harvey’s final tournament of the season will be the WEBSF Gold Waistcoat Masters, due to be played on 17th June in The Galaxy Centre, Torquay. He has to be in with a good chance and is certainly one to watch out for next season. 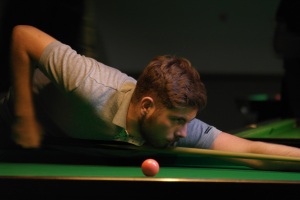 Harvey Chandler was in pretty good form this Saturday when he reach the final of WEBSF Gold Waistcoat event 5 at Top Q, Gloucester. However, Andy Symons (Tavistock) went one better by taking the deciding frame after Harvey missing a difficult brown. This was sweet revenge for Andy having lost to Harvey in a decider in the final of event 4 at the 147 Club, Swindon a month ago…..more about this later in the week as today Harvey made a 147 break on the match table whilst waiting for his next match at a tournament at Breakers, Leicester. Harvey lost in the quarters, probably due to being on a high after the 147, as is often the case.

The break was witnessed by many people including Ben Woolastons mum who was running the event, Harvey got got a richley deserved round of applause. Furthermore, Harvey is the second person to hit a 147 on that table behind 5 times world champion Ronnie O’Sullivan, who hit a 147 in a exhibition at the club just over a year ago.